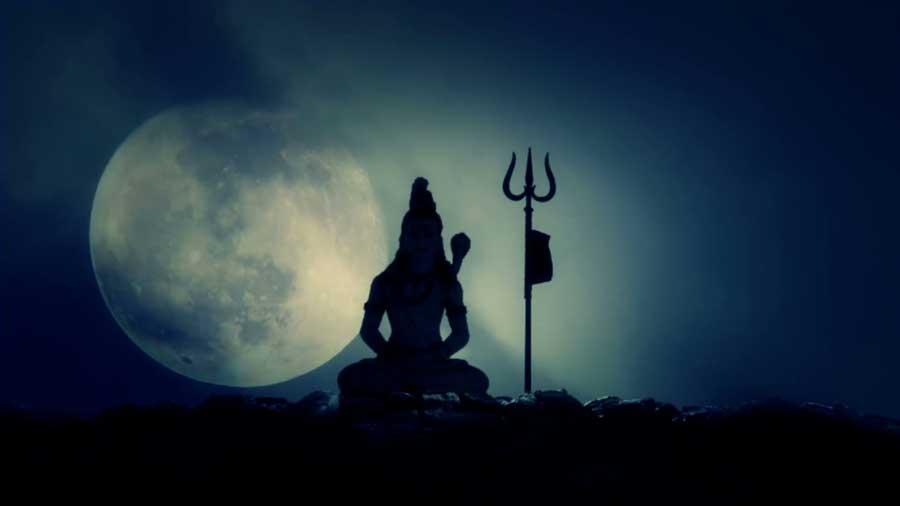 “Guru Purnima
is a sacred night in the Tantric calendar
of giving honour
to the teachers and the elders
who guide us on the path of wisdom.”

The Full Moon of July is known to the Tantrics as Guru Purnima, ‘The Celebration of the Teacher’, and it has been reserved since aeons to give honour not only to the personalities of one’s teachers, but also to the principle of devotion and effort that the teacher represents.

The Guru is the inner quality that we all possess. The quality of attention to detail and unwavering voyage into the depths of a single subject.

This effort to surpass oneself and attain the hights of wisdoms is said to come from the Guru Tatva.
Tatva can be translated as ‘element’.
The Guru Tatva implies ‘weight’ and ‘heaviness’.
The word Guru is often defined in various ways according to modern custom, but the root of the Sanskrit word means ‘ heavy’, whereas the word denoting the aspirant means ‘light’.

A great weight is required to ground wisdom.

To follow the austerity to accomplish any profound skill in a single subject takes weight, and so the Guru represents a weighted immovable force that stands above all for the subject that is represented.
The element of devotion exists within all as the Guru Tatva.
This is the element that drives us to achieve successes and overcome obstacles, but the Guru Tatva is more than just this.
The true essence of the Guru Tatva is a one pointed focus on a branch of wisdom.
A wisdom that stands outside of rewards of personal satisfaction and a learning and devotion which differs from the drives of sentimental ambition.

The Guru Tatva aligns the human instrument to very subtle layers of reality.

The art of the Guru is often learned and devoted to from early childhood, passed down the ages in unbroken lines.
Our society may give credit to all manner of attainments and skills. The contemporary development of contest shows and a culture of awards to actors and musicians may make it seem like a common place thing to honour those within developed ranges of skill.
The difference being that the Guru represents someone who passes on a line of teaching and has as their main interest the passing on of the wisdom and the development of the students art.
This is quite a difference of focus to taking credit for or indulging in praise at the accomplishment.

In India it is said that a true Guru lives for his student, which defines his role as teacher.

Shiva is known as the Adi Guru and is legendarily revered as the first Guru. Adi meaning ‘first’ or ‘origin’.
He had been absorbed in Samadhi for unknown ages and was discovered in a small Himalayan cave by 7 Seekers of Truth.
When they approached Shiva he roused from the trance to be asked what he was doing. He replied he was listening and watching and then he went back into his meditation.
84 years passed until Shiva roused once more only to find himself in the company of the 7 seekers of truth who had been there all along attempting to imitate Shiva.
He was pleased at their effort and granted them the secrets of Yog.

The seven seekers became the Sapt (7) Rishis of legend who are said to have spread the yogic arts and inspired the scriptures. The seven Rishis are reflected in the seven stars of the Big Dipper constellation and are activated by the full Moon of July.

It is the drive of the Guru Tatva within us than urges the 7 stars of the chakras to balance within us through the yogic art of listening and watching. The overseeing Guru Tatva is brought to its full power on this Moon Phase and provides the opportunity to develop the gift of devotion.
The Guru Moon has passed the halfway mark in the lunar year to shower it’s Moonlit gifts upon us. A gift that is at once saturated in sweetness and also a certain ruthlessness that is required to delve into the twilight regions of wisdoms constellation.

Esoterically the Sapt Rishis represent the 7 chakras within us.
The 84 years refer to the 8.4 million different forms of life that are said to exist in Indian philosophical thought.

The festival of Guru Purnima takes place annually in the Star constellation of Uttara-Ashada. The Nakshatra (lunar house) of Uttara-Ashada gives the teaching of enduring focus.

Its focus is singular and unwavering – this is the quality of the Guru. The Guru is an uncompromising force that endures in the vision for the very deep and enduring truth at the foundation of being.

Guru is an adjective that means heavy, just like the Elephant energy that is the prominent earthly expression of his Nakshatra. Just like the weight of memory possessed by an Elephant. Uttara-Ashada gives power to memory and reminds us of the heavy foundations at the roots of being.

The Guru is an elder, Guru Wisdom is the elder base of Wisdom. It is grounded power and maturity. We live in a culture where the elders themselves perhaps do not strive to be elders but rather to emulate the tones of youth.

A mass cultural fabric that does not honour the heavy weighted wisdom of age may indeed be a culture that banishes the Guru altogether. The much needed weight of mature vision is something that is needed in all branches of life and is not exclusive to Tantra.

Politics, technology, agriculture and both secular and spiritual life are places where the Foundation of being is as much needed as in any branch of life. When we banish the roots of being, the fruit fails.

The Guru is a reminder that the fruit and the root belong together. The Northern node of the Moon is known as Rahu and the Southern Lunar mode is known as Ketu.

The Ancient stories of India mythologize that they were once a single being. The cut that divided them turned them into head and tale, regarded as inauspicious energies, they have much to teach us about the nature of Wisdom and the lunar opposites.

Rahu is the head that consumes all and anything without any regard, it is never satisfied and it does not discriminate between the quality of the quantity that it takes in. Of course the consequences are registered by Ketu the tail.

Neither are inauspicious energies when we learn the maturity of adequate intake. When adequate intake is a hallmark of our lives then the reception at the tail end of lunar influence is another matter than bearing the consequences of indiscriminate consumption. The consumption of ideas, of beliefs, of principles and of course of food, all follow the laws and consequences of nutrition.

The elder vision is the vision that unifies the North and the South once more after having learned of the consequences of having separated cause and effect – or consumption and consequence. This is the lesson that brings Rahu and Ketu into a unified and whole being. They had to be parted to learn the lessons of the laws of consequences, this is the law of Karma in action – written and reflected in the stars.

How do we unify these forces? By slowing down the vision to an ‘Elder Perspective’ that through the viewing of the passage of time, pauses to look at what we are doing and creating. Tantric ritual is an attempt to move to the elder mature vision and not stay only in the leaps and springs of youth.

The leaps and springs of youth have their necessity and power, but when they endure as a measure of being for too long, they outstay their use – then the elder vision is lost and maturity can not ripen in the garden of the soul.

This will be the mood with which we will approach the practice on the Guru Purnima Full Moon ritual. Upon the Full Moon of July we come to the time honoured tradition of Guru Purnima.
Upon this day the astral forces are strong for setting the Guru Tatva within us into motion. It is a day for remembering the elders and those that have given to us the gifts and fruits of their labours.

If you would like to join our online ritual…

If you would like to know more about the ways in which Tantrics honour their teachers, read our dedicated Blog.