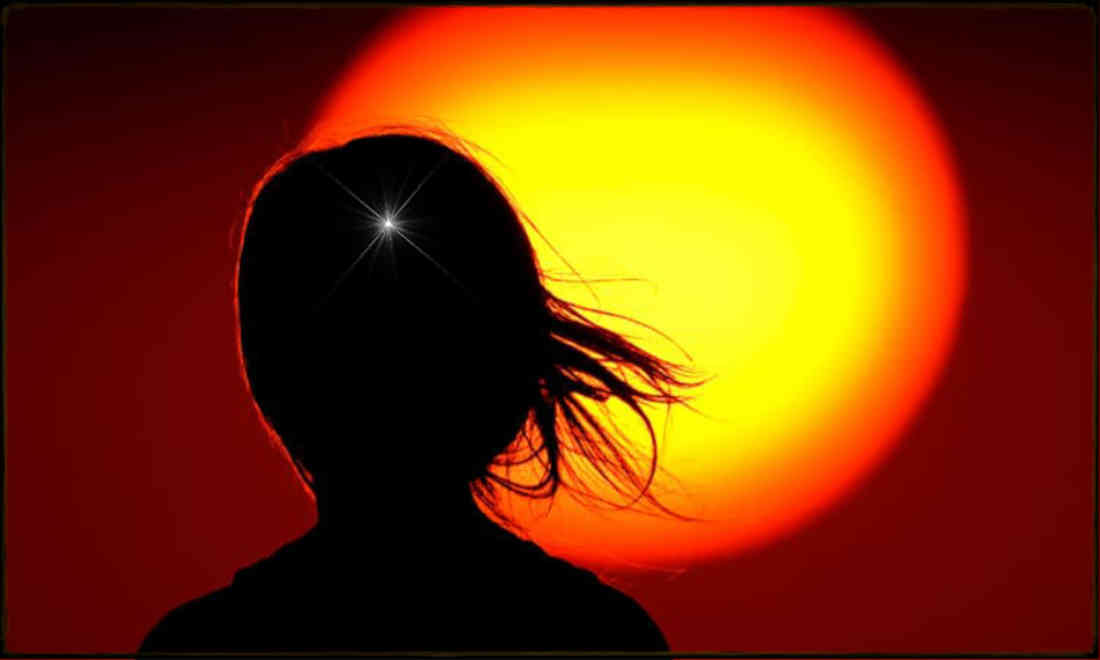 The Star of Fertility

On Monday the 30th of August we will undertake the ritual of the dark mother Kali Ma.

Kali Ma Jayanti is the annual Moon of Kali Ma that falls upon tomorrow’s half descending Moon. The Moon will be in the lunar house of Rohini Nakshatra.

Rohini is a blood red sensual star that is found in the eye of Vrishaba (Taurus).

Rohini is the most fertile of all the lunar houses and when worked with by way of invocation, she arouses blood red sensuality and fertility of both body and soul. Rohini brings healing to the rivers of the sexual water ruled Shakti Chakra.

Rohini is the queen of ebb and flow of the tides. She empowers the womb and brings virility and fertility to the sacred temple of creation.

Kali Ma is the consumer of Blood, and like Rohini, is also a woman most red. Kali means the feminine black that consumes time. She is the dark womb and her colours are red and black.

Rohini Nakshatra is ruled by the Moon. She is the favorite and most precious beloved of all the Lunar houses to which the Moon is wed.

Rohini is the Pearl of great price and the lunar constellation where the Moon is most at home. The pearl is a precious gem that is connected to Rohini Nakshatra.

Consider that a pearl is a precious gem that is made of the meeting of opposites.

The pearl is formed from the tears of an oyster when it gets a painfully iritating grain of sand in its innermost cavern.

From the suffering of the oyster is born a much sought after thing of beauty. The beautiful pearl is the oysters attempt to protect itself from pain.

In the end, the pearl leads to the oysters capture and fate.

By meditating upon the journey of the oyster, we acquaint ourselves with the hidden teachings of Rohini. Meditation upon the oyster opens us up to the forces of fertility.

Without the pain
there will be no pearl.
To mask and deny pain is to
cast the pearl of great price away.

The Pearl of Great Price

It was a long time ago when a young wanderer stumbled upon a river that eternally whispered her secrets.
He had wandered far, and felt more lost and miserable than he had ever been.
He sat down by the river and wept.

The river saw his wounded heart, and out of compassion turned herself into a beautiful Goddess. She rested her warm hand upon his humped back and spoke to him in a soft voice, she asked.

”What is wrong my dear, and why do you weep so terribly?”
”I have lost my way” replied the young man,
‘And what is it you are looking for” she continued
The young man searched his mind but could not find an answer.
The water Goddess said,
”I have lived here for an eternity and in that time no one has reached this river”
The young man then looked at the Goddess for the first time and noticed that something glowed close to her heart. ”What is that you hold to your heart” he asked.
”It is the Pearl of Great Price” she said in a low voice
”Yes!” Replied the young man as if waking from a dream,
”That is what i have been looking for”
He continued…
”What is the Pearl of Great Price”
”It is the soul” replied the Goddess
”But what is the price of the pearl”
he hesitatantly asked,
”The price is Love” she answered
He paused and then asked,
”Does that mean by love I may obtain the pearl”
”Exaxtly” replied the Goddess to the young man
and she vanished into the water from whence she came

The symbols of Rohini Nakshatra are very interesting and worth considering if we are to get an understanding and insight into the red woman Rohini.

While reading into these symbols, let us remember that the word Rohini comes from the root word Rohana. Rohana implies fertility and growth.

There is firstly the bull. The bull of virility is implied – male desire and reproductive desire are enhanced by evoking the Rohana Shakti of Rohini Nakshatra. Rohini Nakshatra is in the constellation of Taurus, which further is signified by the symbol of the bull.

The Banyan tree is considered a holy tree to the Yogins and is to be found growing in places of power and temples in India.

The Roots of the Banyan tree grow from above downwardly, so it presents a paradox to the usual tree. In the Bhagavad Gita, Krishna mentions that the Banyan tree is a reversal amongst the trees that reflects the spiritual world within. The paradox that it presents is a subject to meditate and ponder upon.

Rohini is the red Star in the eye of the Taurian Bull. It is the star known as Aldebaran.

The word Rohini means fertility and growth, but is also translatable as the red woman, it implies the fertile menstruation process and reproduction. The fertility of Rohini is the red blood of Life.

Consider all the connotations of the colour red that you can, from passion to heat, from blood to birth.

In Kali Ma we see the symbol of blood in a pronounced way. Kali Ma is the Mother of the womb energy. She is the dark cavern of the womb.
The creativity of Kali Ma can be seen as being the opposite of Rohini.
We are talking about the destructive side of creativity here!
Kali Ma is the blood of death. Although life and death appear to stand at opposite poles, they are inseparably interwoven with each other.
The process of destruction leads to birth, as birth leads to destruction. We can also say that birth follows destruction.
The Tantrics refer to the feminine womb as Kali Mandir – this translates as the Temple of the Dark Mother.
The womb clothes the spirit In flesh.
It is creative and life giving, yet the birth into form and manifestation that the womb brings, is the death of the spirit from its previous energetic state.
How many wombs can you think of that usher something into manifestation? A pen for instance, could be seen as a womb for birthing a book.
When death approaches, we again enter birth in the cosmic womb, as we part from form.
In this way, birth and death are really the same thing. We might say that they do not follow one after the other, but rather, are ever moving towards each other.
Rohini is the side of blood to create, and Kali Ma is the side of blood to destroy.
Looking from an absolute vantage point… When creation and destruction are seen as forces that magnetise each other, then Kali Ma and Rohini can be seen as one.
But when we envision Kali Ma and Rohini from the perspective of dualistic opposites, they seem Poles apart.
There is a teaching story that presents this Paradox of creation and destruction. It is a story that centralises around blood.

Bloody Tales of the Tantric Goddess

The stories of Kali Ma tell of the fate of the near invincible Asura Raktbija.
Raktbija epitomises the self perpetuating destructive urge.
He would not be defeated and would simply recreate further forms of himself wherever a drop if his blood would spill.
Rakt, in his name means blood, and Bija means Seed.
So literally, his name means, he who’s every drop of blood is a seed.
By this power to reproduce himself, he seemed invincible.
In battle, he only grew more and more powerful and numerous.
Only Kali Ma had the ferocity to consume his endless duplicates and defeat him by drinking every drop of his blood until there was nothing left of him.
Kali Ma is the consuming force that can never be escaped or sidestepped.
As the consumer of the seed and blood Asura Raktbija, she is called Rakteshvari.
Her infamous bloodlust knows no limits.
The story goes on to tell that when Raktbija was consumed by Kali Ma, she became unstoppable and continued to consume life until Shiva intervened as a way to stop the all consuming raging bloodlust that threatened to consume everything including him.
The solution was to place an innocent child before her.
Kali Ma’s motherly instincts were aroused and in an instant she became the nurturing mother of womb power.
This fantastical tale is full of codes. When we meditate upon this story and glimpse behind the ‘outer story’ and into the deeper meanings of the ‘inner story’, we see into the energies of creation and destruction and how they meet.

The Head in her Hand

Kali Ma holds a head in her hand. This is a significant symbol as we will soon see.

As we have already seen, Kali is Rohini in her Destructive creative aspect. Kali cuts the head off and stops the familiar motion of the mind.

Rahu is the North node of the Moon that eclipses the sun. Kali Ma carries the power of Rahu in her Left hand.

Let us pause and Look at opposites for a moment:

Rahu is the separated head of Ketu the South lunar node.

Though they are separate, they can’t really be separated. They are always 180 degrees from each other as mirror opposites. Rahu is the automatic response of habitual consuming consiousness that does not pause to contemplate deeper layers of being. Rahu simply feast eternally and hungrily as everything simply passses through him with no body to retain any of it. Rahu is never satisfied.

Kali Ma is the dark that envelops and eclipses the eclipser of the sun that Rahu is.

Kali Ma is a Darker shade of solar eclipse!

Now, astrologically speaking, Rahu is exulted in Rohini Nakshatra. This detail gives away who whole story and decodes the code.

The Nakshatra of Rohini is the dwelling Place of the Creator Brahma. It makes sense that the most fertile creative constellation should house the creator! Kali Ma is the destructive creatress – she can be seen as the opposite to Brahma.

The Shakti behind the Shakta

In conclusion, let us consider that in peering into the mysteries of the Dark Mother Kali Ma, we have to bring the poles of Destruction and Creation together if our vision is to go deeper than surface layers.

Tantric practices reunite these perhaps divorced principles. The principles of creation and destruction are the two universal categories into which all things fall.

The deeper mystery is that the meeting of these principles of destruction and creation, creates a marriage where there is only one category for everything to fall into. This category is the wide open mouth of Kali Ma, the creative/destructive tunnel of eternity.

This is the singular Vision. This is the Eye of Shiva that destroys duality.

To join the ritual,