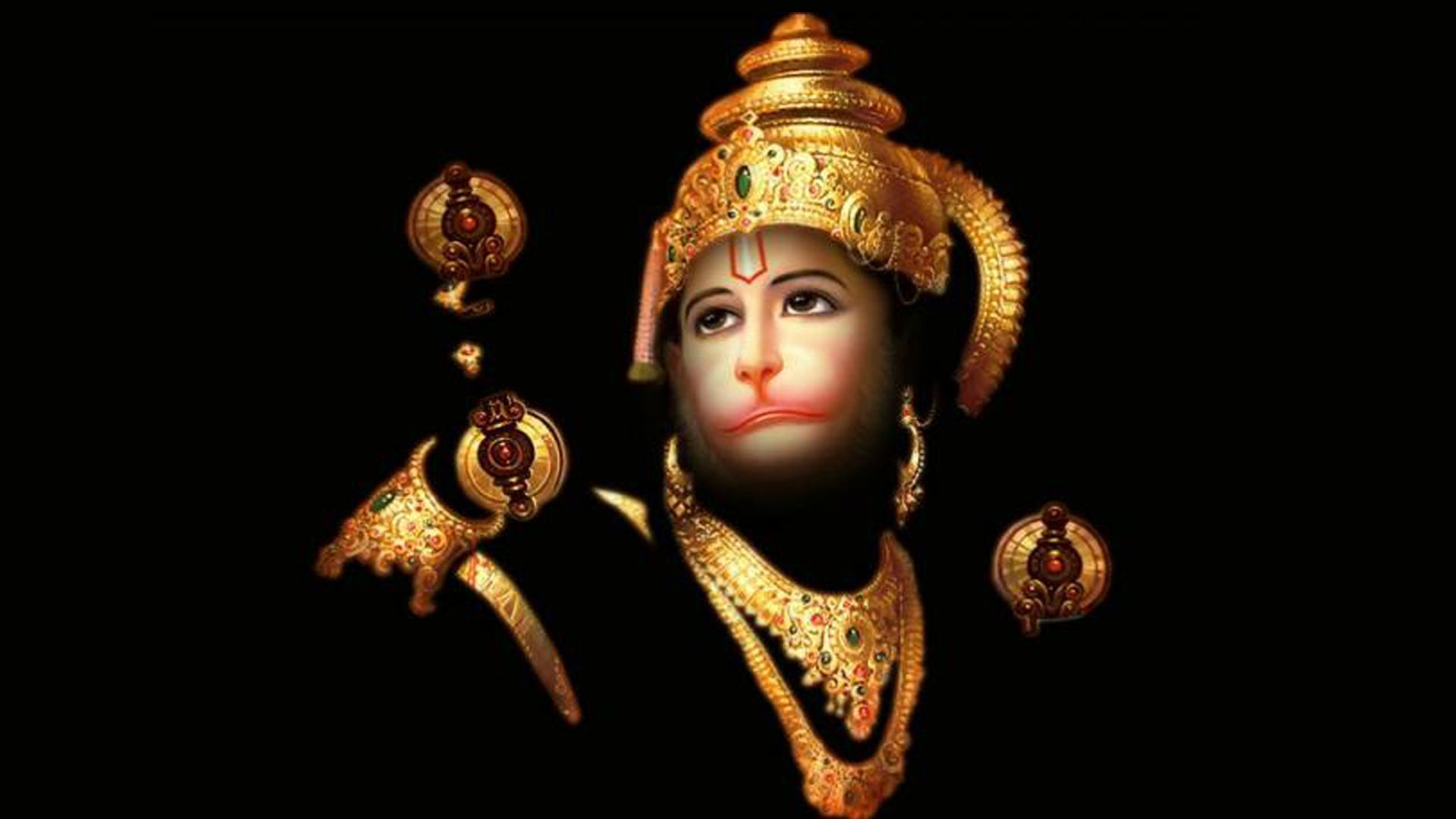 This morning at 04:35 (Central European Time) Spring had its first Full Moon, known to many as the Pink Moon and by the Tantrics as the Monkey Moon. The Full Moon of Spring signals the awakening of Life. Many see it in the blossoming of plants. Tantrics see it in the quality of the Prana.

Tales tell of Hanuman being the child of the Apsara Anjana. Apsaras are said to be Angels come to Earth from the star constellation of Gandharva.
They are beings who live by the order of grace and beauty. Hanuman’s father was the Forest King of the Monkeys.

In deep prayer & yogic devotion to Shiva
the pregnant mother summoned the wind into her womb
& gave birth to Hanuman.
That is why Hunuman is called the Child of the Wind
& the teacher of Pranayam.

Hanuman is also known as Shiv-Ruup, which translates as ‘having the spirit and power of Shiva’.
Hanuman’s mother summoned and raised the Shiva power, carried by the Prana of her devotional focus on the truth of the pure soul: Shiva.
Thus Hunuman is also considered to be an incarnation of Shiva.
Hanuman was a devotee of the Goddess and of the god, and when his devotion was questioned he would reveal his bare heart which contained nothing other than pure devotion to Shiva and Shakti.

That is why the Hunuman Mudra
is the physical pulling the chest apart
to reveal our heart’s true devotion.

Hanuman had power and poise; his blessing is the yogic opening of Prana flow. He is the noble and poised Monkey. He opens beyond the terrestrial and can fly like the wind.

“A teaching legend
tells of Hunuman attempting to eat the sun
and getting scolded as a result,
for he took the sun to be a mango.
This is a story of the dangers of psychic injury
when raising heat through Pranayam
without knowledge of how to control it.”

We will introduce Chandra Bhand  (‘Moon Lock’) and it’s cooling effects on Pranic Heat in this year’s online workshops in which we will raise the Prana in a safe way – we plan to run our workshops online during the lockdown and we invite you to keep in touch in order to stay updated on our calendar.

A BRIDGE BETWEEN POLARITIES

Another legends tales of when Hanuman was separated from the Goddess Sita and the god Ram: Sita being cooling energy, and representing the Moon; Ram being heat, and representing the Sun.
When Hanuman, who is Prana and represents breath (or Wind), was separated from the Goddess and god, Ram was left suffocating until the three of them were reunited: for fire can’t live without air. It is a tale about the importance of maintaining a balance between all the elements and not fall into the illusion that one can be favoured over the others if we wish to live in balance and harmony.

“The Tantric brings these two polar aspects
of fire & water, or hot & cold, of Moon & Sun,
into balance through Prana: Hanuman.
This is the unwritten symbol inherent
to the story of the union between
Sita, Ram and Hanuman.”

Within the Tantric mirror of nature, the Full Moon represents the monthly pinnacle of Pranic (breath) strength in the atmosphere & body.
On this day the pranic and fluidic pressures are most potent in the physical atmosphere and therefore mirrored within ourselves.

“Practice of pranayam,
fasting from food and sleep
is the Tantric approach at the full Moon
that yields opening of the psychic
and spiritual layers of oneself.”

Spring is the time when the Prana and Shakti force leaves the ground and enters the atmosphere.
Prana is at its strongest in the Spring season and it’s energy is sparked by the full Moon.

AN OFFERING TO NATURE

In line with the Tantric Shamanic approach to nature this is the day of Pranayam, for the inner and outer atmosphere offers much nourishment in this endeavour.
Nature is said to flourish because of this influx of atmospheric Prana.
This planetary occurrence is the natural basis at the root of the religious orthodox festival known as Haunuman Jayanti.

“Red, orange, yellow offerings and flowers
are made in the orthodox fashion on this day.
This represents the offering of Shakti and Prana
that sit in the Moon and the Solar Chakras.”

Nature at this time of the year mirrors this as the flowers break through and the season springs outwardly from its previous inward state. THE MONKEY LIVES IN THE LOWER CHAKRAS

The Monkey power comes from the lower chakras.
We can see this when we practice the Bhandar Karana practices of Tantra. This translates as ‘doing of Monkey’.
These are the Tantra practices that work with a lot of crouching mudras and focus on concentrating the sexual energy in the lower Chakras. They are often practiced up to and around the Monkey Moon day.

“With the April full Monkey Moon
the concentrated sexual energy and Shakti
starts to draw upwards until the new moon
takes it to the Third Eye in the next cycle.”

A NATURE-BASED TRADITION
FOR HEALING THE SHADOW

After the Monkey Full Moon the Tantric practices become Baba Karana and are done by connecting with the upper chakras – those laying above the Kalabhand, known to the Tantrics as ‘The Dark Bridge’ and physically represented by the Diaphragm.

When considering the religious inflections upon these sacred days, it gives insight if we bear in mind that the Tantric culture is a pagan-style tradition that spoke the language of Nature.
Truth based on the tuning-in and listening-to Nature.

“In the Tantric Calendar the Monkey Full Moon
is considered to be one of the most propitious times
of the year for working with our Shadow
& for healing the darker burried issues
related to sexuality, unresolved traumas & abuses
by bringing them into our hearts
like Hanuman does.”

SILENCE AND MINIMALISM – A TANTRIC STATE

In silence and minimalism the correlation between the outer and inner worlds may become apparent.
This silence and minimalism has a deep place in the Tantric unfolding and it is something to be cherished, not fought against.
The present condition we are sharing globally is a powerful opportunity, albeit tough, for going inside and working with our Shadow to resolve inwardly whatever may be showing itself…

Wishing you all a powerful and healing Hanuman Full Moon.
Hara Ring